By Jeff Nobers, Pittsburgh Works Together

As we celebrate National Manufacturing Day today, we should remember that the energy and manufacturing industries work hand-in-glove. No matter what goods or products are being manufactured, the process depends on access to both raw materials and a reliable power supply. 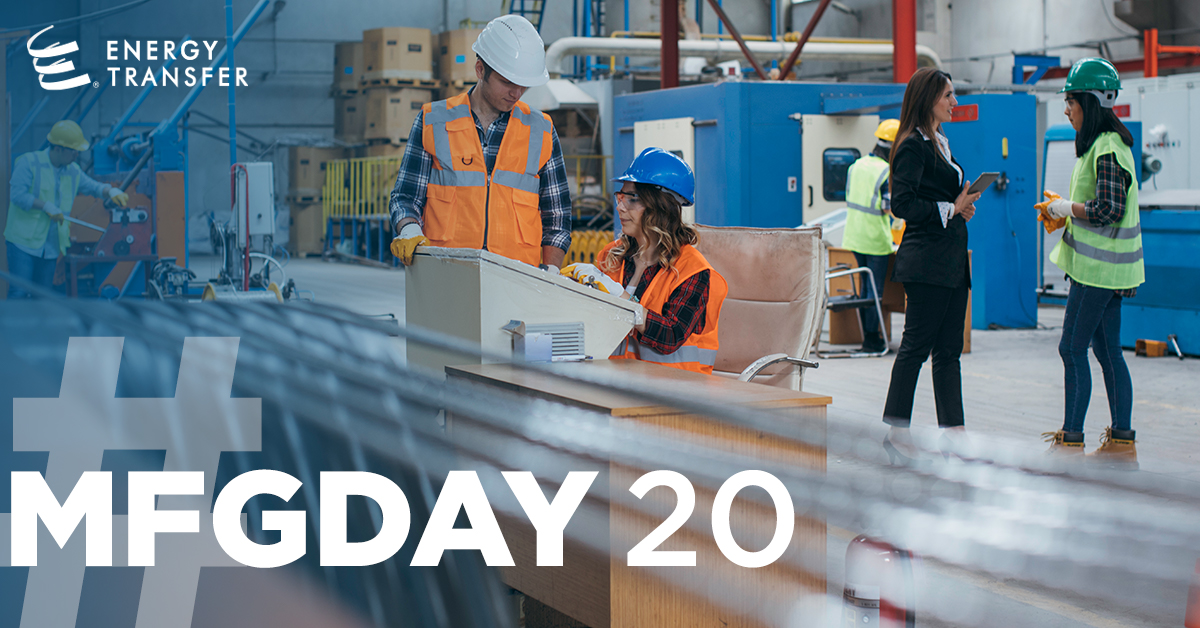 According to a report by the National Association of Manufacturers, the manufacturing industry uses more than one-third of the energy consumed in the United States, and even more when product transportation is factored in.

Southwestern Pennsylvania has an especially strong manufacturing-energy nexus. For decades, the region was a manufacturing hub — and now, for more than one decade, we’ve been fortunate to have the role of national energy hub after abundant natural gas resources were discovered and unlocked, launching the Shale Revolution.

Pennsylvania now sits on the world’s second-largest natural gas supply, in the Marcellus and Utica Shale reserves, which has ultimately led to abundant, inexpensive energy and lower emissions not just in our region, but far beyond in most U.S. markets (just don’t ask New Englanders about their energy costs and emissions, thanks to a lack of pipeline infrastructure in New York). The states at the heart of the Marcellus and Utica shale natural gas industry, Pennsylvania, Ohio and West Virginia, have together accounted for 17.5% of the entire country’s energy-related CO2 reductions since 2005.

Our region’s supply has also been central in helping to make the United States more energy independent, thus enhancing national security. When U.S. Secretary of Energy Dan Brouillette visited Pittsburgh in September, he made the point that while energy only directly makes up 8% of the national GDP, it’s the first eight. Without it, the other 92% wouldn’t exist. Think about it: Every functional economy on earth has a reliable energy portfolio.

Pipelines are critically important — from gathering lines to transmission to distribution to homes and businesses. Transmission lines like Mariner East, which could be considered the “highways” through which critical energy products travel, are continually recognized by the U.S. Department of Transportation as much safer than their alternatives, truck and rail, and much less noticeable once they are buried underground.

All of this remains true despite the widespread opposition of oil and gas production and transportation by a few very vocal, well-funded groups. I remember the Arab oil embargo of the 1970s and waiting in line for gasoline on designated days of the week. We fought for years to get to this point, and I hope we never go back to waiting in line for fuel because of either lack of supply, or lack of transportation infrastructure.

An economic progress initiative comprised of organized labor, corporations, community leaders and workforce development experts I helped found earlier this year, Pittsburgh Works Together, recognizes the importance of the Pennsylvania pipeline industry in making sure our state reaps the benefits of extracting and transporting shale gas and its byproducts. We are proud to partner with Energy Transfer and appreciate the work they have done in our region, employing thousands of skilled laborers over the past five years on the Mariner East project. Energy Transfer is utilizing its resources to help strengthen Pennsylvania’s economy and to expand access to critical natural gas liquids (NGLs) like propane, ethane and butane, as well as refined products like gasoline and diesel fuel — to the benefit of our entire state.

To be clear, without an avenue to deliver these NGLs from Southwest Pennsylvania to the Southeast, near Philadelphia, we would not be enjoying the many jobs created, increased tax revenues, lower energy prices and cleaner air all across Pennsylvania — because we would either have many more trucks and trains moving these products above ground, or perhaps we’d still be relying on coal.

This National Manufacturing Day, join us in honoring the American-produced and manufactured energy resources that keep our economy healthy — especially during tough times — and the infrastructure it takes to realize the benefits.